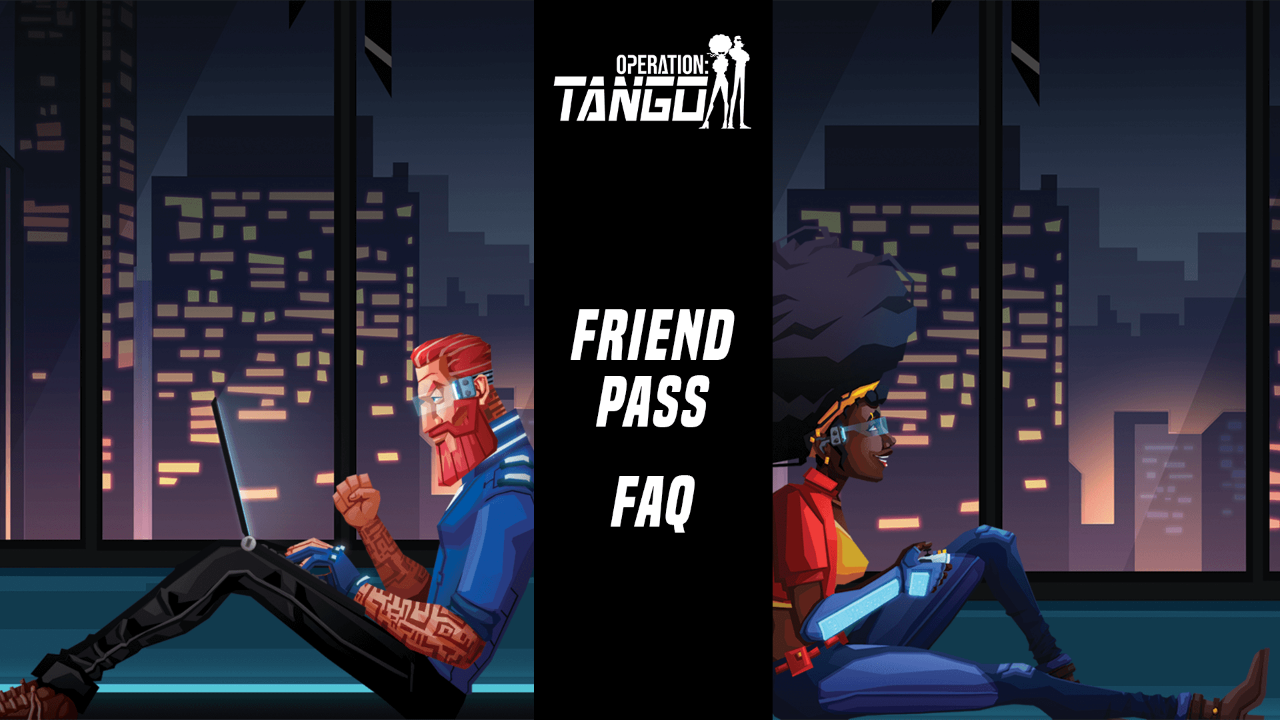 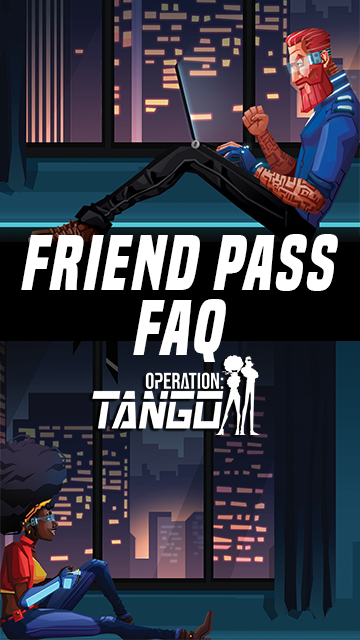 We want to make sure that you’ll be able to play Operation:Tango with a friend, and so we’ve created the Friend Pass! Below are some Frequently Asked Questions about the Friend Pass and the game in general. For more information or questions, feel free to join our Discord.

1. What is Operation:Tango’s Friend Pass?

The Friend Pass allows you to play Operation:Tango for free, provided you are playing with someone who owns the full game themselves! It takes two to save the world, but it only takes one to pay for it!

Simply download for free the demo / trial version of Operation: Tango on your favourite platform (Steam, Epic Games Store, PlayStation®4, PlayStation®5, Xbox One, or Xbox Series X|S). You do of course need to have an account on one of these stores to download and play the game.

3. So the demo and the Friend Pass are the same?

4. Can I use the Friend Pass if my friend and I are on different platforms?

Friend Pass offers full crossplay. Doesn’t matter which system you’re using, your friend will be able to join and help you save the world.

5. What benefits does someone who purchases the full game have over someone who is just playing the Operation:Tango through Friend Pass?

Besides the obvious answer that the person who purchased the full game can play without constraint with whomever they want, the full game is also the only way to get Achievements / Trophies.

6. If you invite a new friend to play with you, are both players forced to start from the beginning or can you pick up from another mission?

The game’s save system allows players to start any mission unlocked by either player, Friend Pass or not. Of course, if you’ve never played Operation: Tango before, we suggest you play the levels in story order.

7. Is the Friend Pass a one-time use code for one friend only or can I play again with other friends?

There is no such limit. You can play with more than one friend, even alternating sessions with them if you’d like. All that matters is that at least one player owns the full game each time.

8. Is there local multiplayer in Operation: Tango?

Operation:Tango’s gameplay is based on the concept that players can’t see each other’s screens and must communicate verbally. So by design, no couch co-op or split-screen is available; it’s just not compatible with this type of game.

Yes. As Operation: Tango is a multiplayer game, both players do need such a subscription, even for the trial version. Both players also need an internet connection and need to be online simultaneously.